In a legal battle that kicked off in Manhattan’s Southern District Court recently, Adidas and fashion brand Thom Browne are facing each other after the sportswear giant claimed that Browne’s use of parallel stripes infringes the copyright of its signature three-stripe branding.

For the unversed, Adidas first filed a lawsuit against the luxury brand in June 2021 saying that the latter’s four-stripe designs are “confusingly similar” to its three-stripe mark and violate the company’s trademark. It argued that “despite Thom Browne’s knowledge of [its] rights in the famous three-stripe mark,” the fashion house “has expanded its product offerings far beyond [its] formal wear and business attire speciality.” It claimed that Browne is now “selling athletic-style apparel and footwear featuring two, three or four parallel stripes in a manner that is confusingly similar to Adidas’ three-stripe mark.”

Further, Adidas argued that Browne is gaining the benefits of the sportswear brand’s three stripes’ “widespread fame and tremendous public recognition and extremely valuable goodwill” which Adidas has built through “millions of dollars” of promotional marketing.

Designer Thom Browne, who found his label in 2001 and is the newly appointed chairman of the Council of Fashion Designers of America, arrived in the court wearing the contested four stripes on his socks. The designer had initially launched a three-striped design, called the ‘Three-Bar Signature’, around 2005. CNN cited court documents stating that his fashion brand agreed to cease using the motif after Adidas contacted the label’s then-CEO about the matter two years after the design debut. 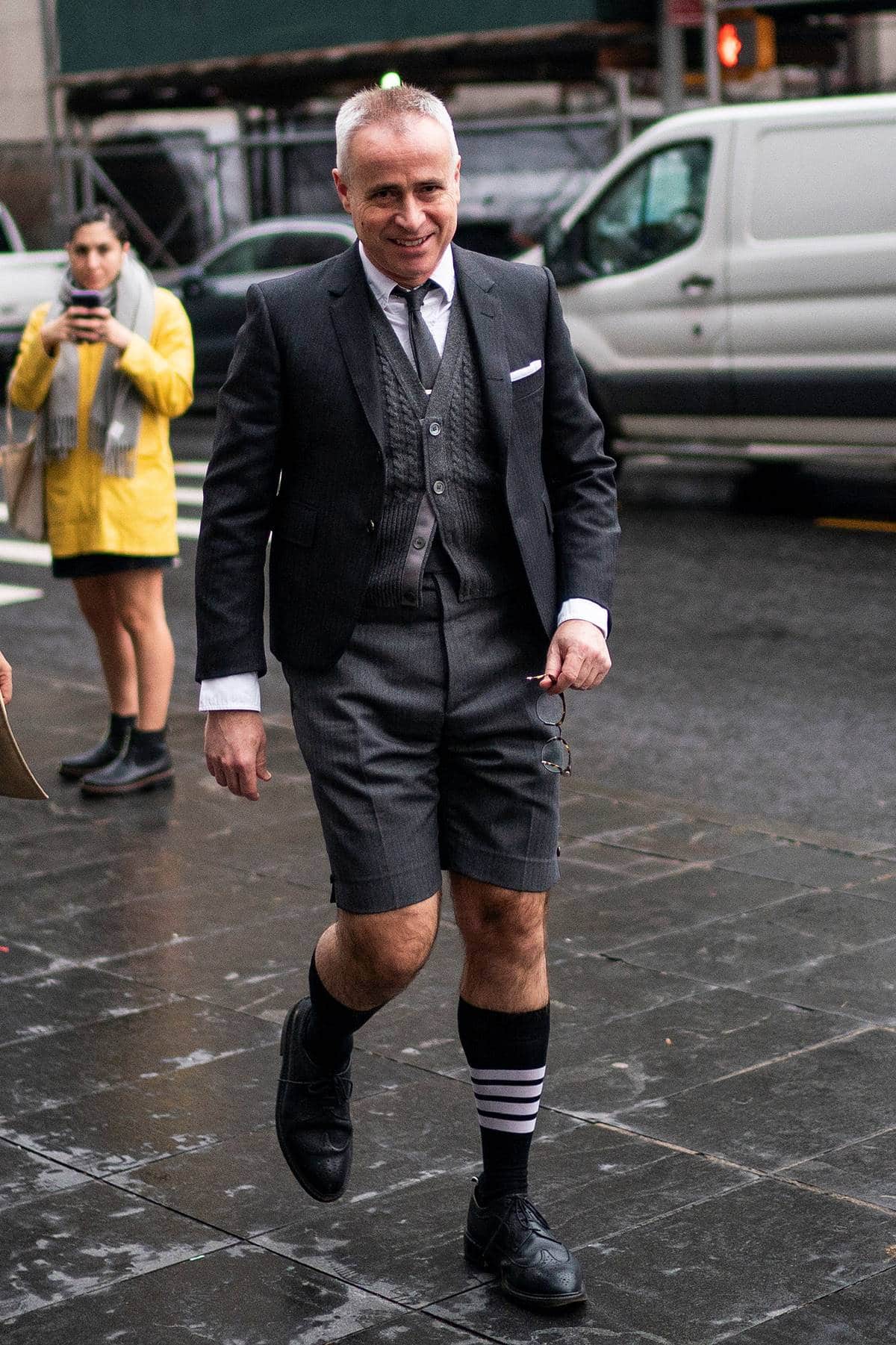 However, in 2008, Browne launched the ‘Four-Bar Signature’, a series of four stripes on jackets, neckties and other garments. Another contested design is the brand’s ‘Grosgrain Signature’ which Adidas claims consists of three stripes, while Browne says it contains five.

Adidas, on the other hand, has been using its famous three-stripe design since 1949 after founder Adolf Dassler first featured it on a pair of spiked running shoes.

Responding to the lawsuit, lawyers representing the fashion house said that Adidas delayed asserting these claims as court documents reveal that products featuring the ‘Four-Bar Signature’ were first sold in 2009. Adidas claims that it became aware of the infringement only in early 2018 when Thom Browne applied to trademark the ‘Grosgrain Signature’ in Europe. While Adidas agrees that it exists in a different market to Browne, it claims that the label’s striped ensembles are “likely to cause consumer confusion and deceive the public”.