A fashion influencer has revealed her favourite way to style a long-sleeved shirt – but you have to wear it back-to-front.

Lina Noory, who has over 850,000 followers on Instagram, says the hack can transform a plain, oversized shirt into something more exciting.

‘I am obsessed, I love the way it works out,’ she said posing for the camera. 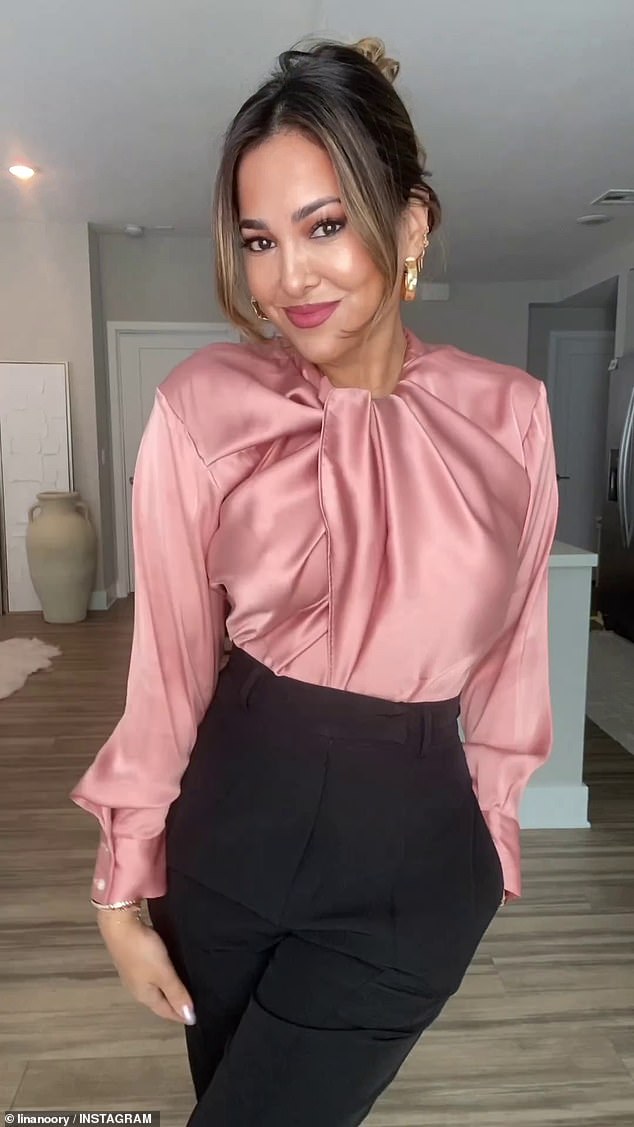 In her video she showed off a silky pink shirt before starting to put it on the ‘wrong way around’.

She put her left hand in first  and then twisted the shirt once before putting her right arm in.

‘You then button all the way down, pull the shirt up to close all the buttons,’ she said.

She then tucks in the collar and the bottom of the shirt into her pants to complete the look.

‘This hack works best with a top that’s more loose, or at least one size up,’ she said.

She also said it can help to leave the top button undone if you are struggling to tuck in the collar.

And people were thrilled with the video.

‘This is super cute but I think it only works if you are thin,’ one woman said. 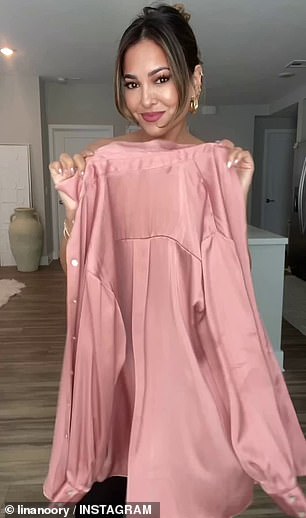 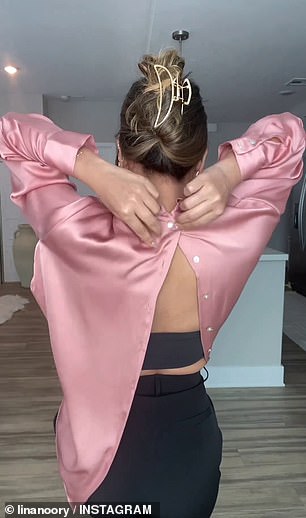 She started by showing off the shirt to the camera, she never does her top button up

‘I just tried this and I never want to go back to wearing it like normal,’ one woman praised.

‘It’s very uncomfortable I did tried and its choking me also I feel like the buttons will rip apart when lifting arms,’ one woman complained.

‘The neckline looks bleh,’ said another.

‘That looks horrible, not sure why you think it looks good,’ added a third.

Others accused her of doctoring the video, claiming she wore two different shirts.

‘It is a different top – when she turns you can’t see the buttons on the back,’ one woman said, echoing others.

The video has been seen 16million times and liked by more than 340k people.