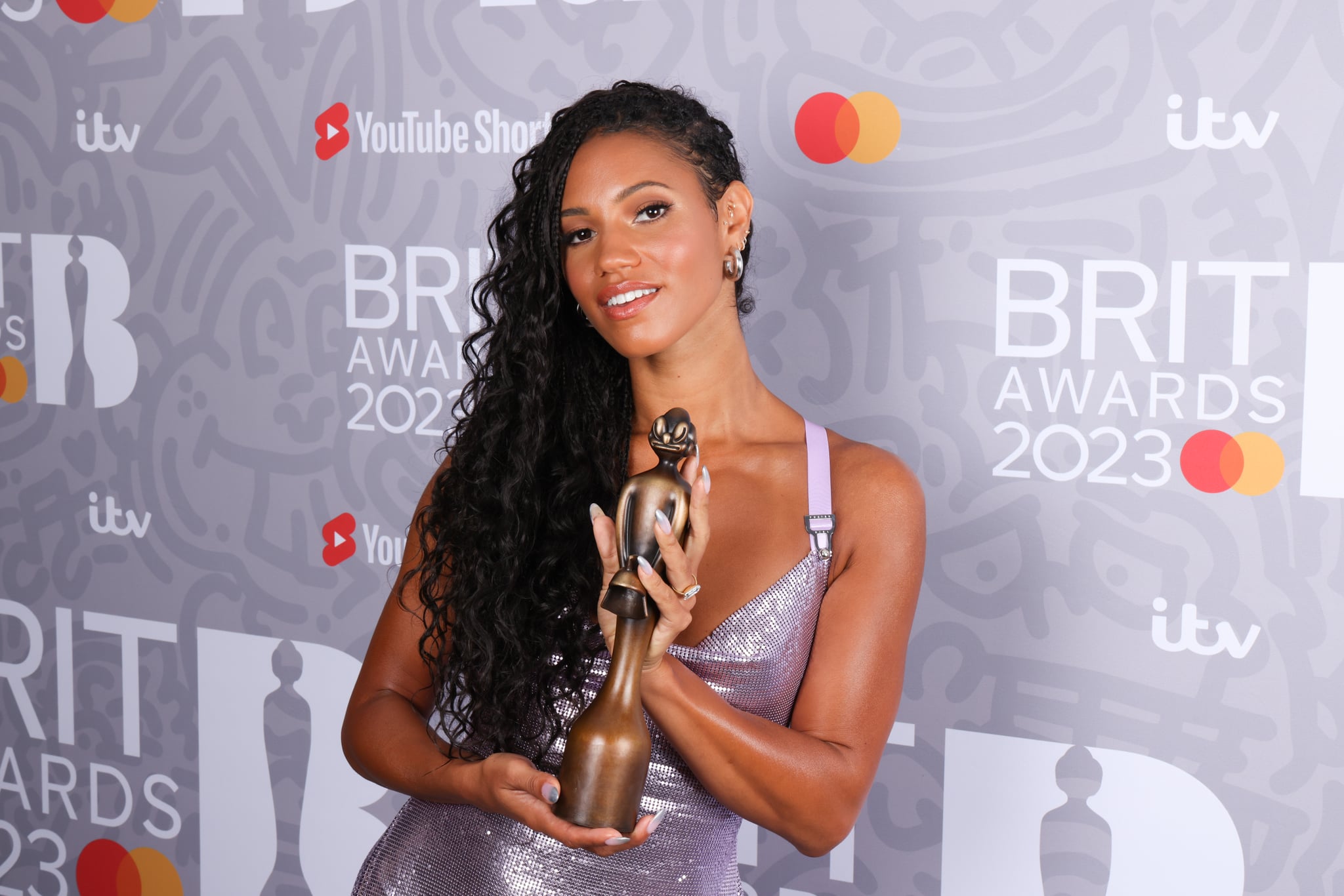 The Brit Awards are on their way and while celebrities might be dreaming of displaying the coveted award on their mantelpiece, there is another more risqué use for the statuette. Vick Hope, who hosted the Brit nominations show streamed on 12 Jan., responded to a cheeky comment on Twitter that likened the award to a sex toy, agreeing that it could well have more than one use.

Hope was photographed wearing a chainmail Poster Girl minidress, holding the 2023 Brit statuette before the nominations show, and one Twitter user commented, “Thought this was @VickNHope holding a sex toy, not a Brit Award” alongside laughing emojis. Hope responded by tweeting, “depends how you use it!”

The Brit statuette has always been in the shape of Britannia, a helmeted warrior and the female personification of Britain. Over the years, many fans have commented on the phallic shape so Hope is merely pointing out what others have referenced. Each year, the award is redesigned by some of the best British artists including Vivienne Westwood and Damien Hirst, but the shape has remained the same. This year, the award has been designed by Slawn, a Nigerian-born, London-based artist whose style encapsulates caricature figures and bold colours.

The Brit Awards 2023 takes place on a Saturday for the first time in its history, airing on ITV on 11 Feb. Harry Styles and Wet Leg lead the noms with four nods each, we wonder what they’ll do with the awards should they win?

Who Is Matty Healy’s Mum?